10 TV Shows That Went On Too Long, According To Reddit 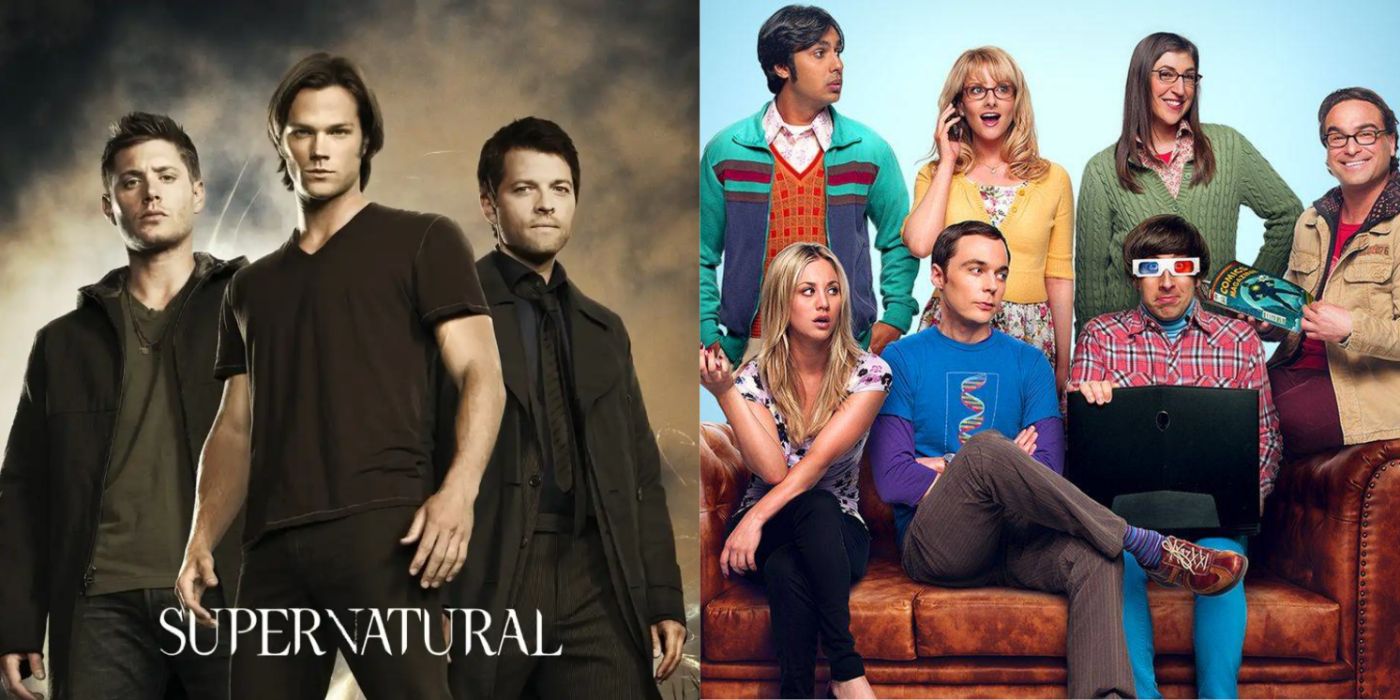 10 TV Shows That Went On Too Long, According To Reddit

It was recently confirmed which characters of Grey’s Anatomy returns for its nineteenth season. In a TV show with so many cast changes over the years, fans are always eager to find out which of their favorite characters will continue. However, other fans believe Grey’s Anatomy has been going on for quite a long time and that they should finish it already.

Many TV shows have had the same problem when networks don’t know when to stop certain TV shows. The Walking Dead, for example, it is in its twelfth season, and people have been criticizing it for years for being too repetitive. Reddit brought up the conversation to discuss TV shows that lasted much longer than necessary.

One of the most-watched TV shows of the 2000s, Dexter had a very compelling plot, which focused on a psychopath who worked as a medical examiner who killed the criminals who got away because of technicalities. However, viewers believe the show got repetitive and the ending left a lot to be desired.

RELATED: 10 Best Endgames Of All Time, According To IMDB

Redditor KayseeP thinks “they [dragged] just long enough for you to notice the repeat, then leave an end box. All along, I was hoping he would get caught.” Luckily for this Redditor, Dexter gets caught in the 2021 revival of this series.

Weeds offered an interesting and hilarious plotline at the start, which involved a suburban mother who decides to start selling marijuana in order to maintain the comfortable lifestyle she had become accustomed to before her husband’s death. However, soon enough the show loses track and it becomes too chaotic to make sense of.

After the first three seasons, the characters begin to change places and situations too quickly to be believable. Redditor AnkanThrowaway said, “I finally gave up on Weeds…it was clear they didn’t know where to go with the story.” The show’s writers kept coming up with more complex and bizarre storylines and the show eventually lost its way.

One of the funniest sitcoms ever created, That 70s show follows a group of friends in the 70s as they grow older. Iconic characters combined with some of the most hilarious dialogue on TV made this show the classic it is today. However, when Topher Grace, who played Eric, decided to pursue his career, the show was never the same.

In his place, they added a new character, Randy, but he couldn’t replace Eric. As this Redditor puts it, “The dynamic was never the same after Randy’s introduction. I get that the intention was to increase the feeling that the gang was getting old, but it really ended up ruining the show. ” It would have been better if they had just finished the seventh season show.

X files is one of the most famous television shows of the 2000s, and through which Gillian Anderson became extremely famous. Viewers loved the Scully and Mulder dynamic and were deeply engaged with the cases these two agents had to solve. The only problem was that David Duchovny had to leave the show, and it wasn’t the same without Agent Mulder.

Since the show started with Mulder’s belief in the supernatural against everyone else’s skepticism, the show lost its magic once that character was gone, as Redditor Sexycornwitch explains, “the show opened up in the context of Scully being there to control Mulder. A lot of the show was about their personal pathos and their dynamic that pulling him out made it a different show.”

No one can deny The Big Bang Theory was a big hit, and those characters were hilarious. However, viewers believe that the show should have ended after season 7 as the original story plot had already run its course. Once the characters stopped being socially awkward and found good, comforting relationships, the show stopped making sense.

RELATED: 10 Shows That Had A Satisfying Finale Even Though They Was Suddenly Canceled

Of course, audiences also love new characters and seeing these characters progress in their relationships, but the original jokes were no longer present in the series. As Redditor IDontKnowWhyImHereXD comments, “The story was okay, but it went on too long.”

5 how i met your mother

Even though how I Met Your Mother kept its audience invested in the lives of its iconic characters, many viewers feel like they’ve kept the show going for too long. Certainly, the series has long left open the question of the mother of the children, to the point of becoming tiresome. In addition even if how I Met Your Mother was great, the last season was terrible.

Although the show tried to justify the long series with Ted wanting to get back together with Robin, according to Redditor Nico777, “the last 2 seasons were too much. I didn’t mind the ending itself, but they should have done it sooner. Or maybe let’s get to know Tracy for a whole season, so the punch would have been harder.” It makes sense that fans were disappointed with the ending since Ted had already built a lot on the mother.

Even though Joy is one of those TV shows that people find it embarrassing to admit they love, this series had a lot of potential as a parody, and it quickly built up a huge fan base that was strongly tied to the main characters. Still, JoyThe biggest problem was that the writers drastically changed the dynamic of Season 4, adding a whole new set of characters while keeping the old ones.

Redditor hashslingingslasher5 even thinks that “after the third season, the series deteriorated”. Ironically, Glee continued until its sixth season, at which point most of the character’s storylines no longer even made sense, with Rachel even giving up her Broadway dream to start her own LA TV show.

Arrow was the Arrowverse’s first TV show, one of CW’s most successful projects. Even though audiences loved this show and the following ones, fans still think this one went on too long. Some of these shows portray too many characters and scenarios and lose sight of the main story. A problem that affected the flash so for a while.

Even though Oliver’s death in Crisis was a major event, Redditor QwertytheCoolOne believes that “Seasons 1 and 2 were amazing and 3 was pretty good but 4 wasn’t great. Should have ended after 3 when they left” , a major statement considering the show has had five more seasons.

It’s not uncommon for shows to suffer a critical blow when they lose one of their most important cast members. Unfortunately for Office, Steve Carell realized it was time for him to move on, so the best boss in the world had to leave the show. Although the series brought Ed Helms to play Andy Bernard, this character did not fill the void of Michael Scott.

Redditor Timtom182 believes this happened because “with the departure of one of their main characters, they then had to rely on underdeveloped supporting characters to take over who brought him down”. Although Office is one of the best sitcoms of all time, it should have ended with more dignity.

Even though viewers were completely engaged in the adventures of the Winchester brothers, sometimes audiences just want the story to end and give them a proper resolution in time. Supernatural lasted fifteen seasons, and fans think it was too much. Redditor SwisherUnsweet comments that “I wanted to stop watching but after putting 6000 hours of my life into it, I had to finish strong.”

Although fans love these characters, many of them feel like the show should have ended naturally in its fifth season. Since then, the series has actively increased the number of characters, plots and twists, some of which may be why viewers feel that it has become excessive.

NEXT: 10 Best TV Shows Canceled Before Their Time, According To Ranker