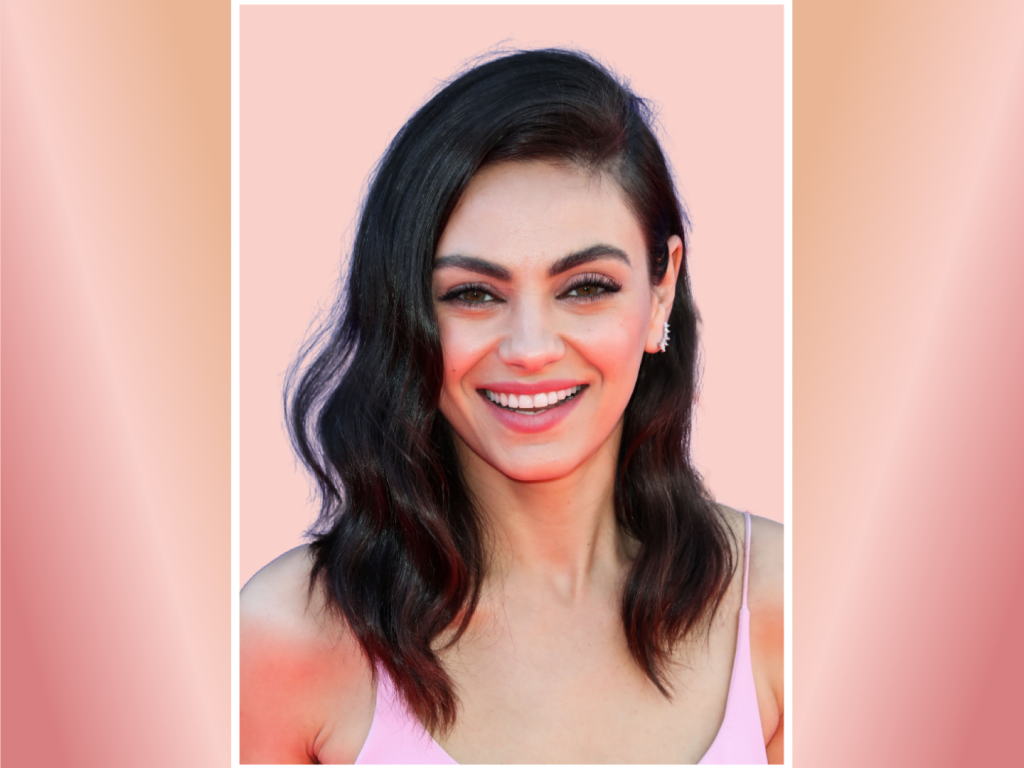 When Mila Kunis isn’t busy making mommy movies with girlfriend Kristen Bell or raising money for refugees fleeing Ukraine, she spends her time raising her two children. The bad moms The actress shares daughter Wyatt Isabelle, 7, and son Dimitri Portwood, 5, with husband Ashton Kutcher. She got married the ranch star on July 4, 2015, after meeting on the set of That 70s show in the 90s and reuniting in 2013. Although Kunis is very private – and doesn’t even have social media! – the Black Swan the actress has spoken about raising children over the years.

One of the challenges of being a celebrity parent? The way she is treated by the media. The tabloids caused her family stress, as Kunis detailed in a Cosmopolitan cover in August 2018. “At one time when I was pregnant, [the tabloids] said I had an emergency and was rushed to the hospital, and my face was on the blanket,” she said. “The amount of stress that has caused my family, no one will understand. Although my dad is still very hopeful that the pregnancies are real. He’s always like, ‘Is there really another one?’

Women in general are criticized unfairly. Even before Kunis became a mother, she underwent the harmful treatment. “But, you know, people criticize a woman for everything – like, they criticize me for how my hair looks when I go shopping or for not wearing makeup when I do my nails,” she told James Franco. for an article in Interview Magazine in 2012. “Women are constantly scrutinized for their looks. So if I can learn to deal with that, then I believe I can learn to deal with people’s criticism of my movie choices.

Because of this, she’s selective about what she posts publicly to the world, but we know she’s a great mom. Kutcher told Ellen DeGeneres in December 2014, per We Weekly, “The most amazing thing about having a baby is my partner, Mila. She’s the best mom, I can’t even. I go to work everyday and come home and she’s perfect And it seems like everything happened amazing. And I know something probably didn’t happen amazing, but she never says that…it’s amazing. She’s amazing.”

Kunis has said some inspiring (and fun!) things about motherhood. Check out our favorite quotes below!