A day after the Uvalde school shooting, the community seeks to heal and help 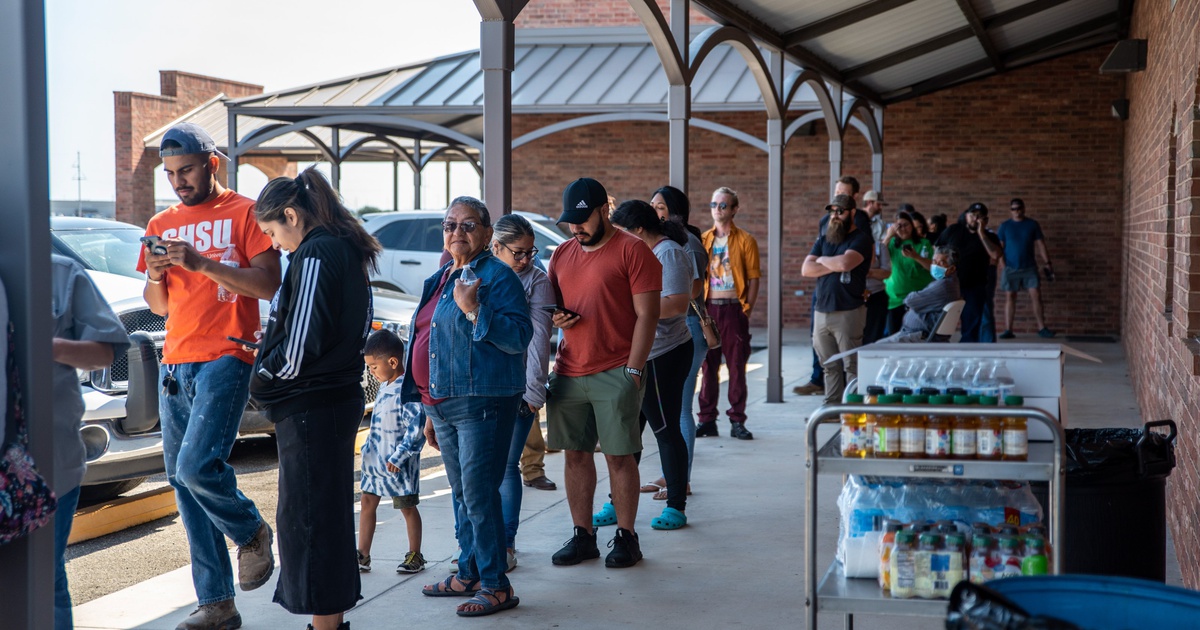 A day after the Uvalde school shooting, the community seeks to heal and help

Sign up for The Brief, our daily newsletter that keeps readers up to date with the most essential news from Texas.

UVALDE – Just 30 minutes before the start of morning mass at the Catholic Church of the Sacred Heart, where dozens of residents gathered to pray on Wednesday morning, Fatima Abraham, a community leader for the church, s sat next to a weeping woman on the first pew and comforted her in her arm.

The woman, Abraham said, was the mother of the shooter who opened fire on Robb Elementary, killing 19 children and two adults on Tuesday.

“We are with her because we need to pray instead of criticizing or attacking,” Abraham told reporters in Spanish at the church. “To turn into hatred and resentment is not good for humanity.”

Abraham told the woman she was not to blame.

“I just told her that we were with her, that not everyone here was against her,” she said. “She must know that she is not responsible for this. She did not put this gun in her son’s hand.

The residents of this small town in South Texas woke up Wednesday devastated by the drama of the day before, then they got up. They got up and looked for ways to help.

Hundreds lined up outside the Herby Ham Activity Center beginning at 8 a.m. to donate to the South Texas Blood and Tissue Center.

The line wrapped around the building. Adrienne Mendoza, director of operations, said the number of people exceeded capacity by at least three or four times – “a beautiful and incredible turnout”, she said.

Trinity Moreno, the mother of a 2-year-old, said she was a carer at heart. She got in line early.

“I wish I could change something,” said Moreno, who attended the Uvalde school district. “They [were] just babies.

“They were good kids”

Trinity Arriola, 21, has a brother who attends Robb Elementary and was not injured.

“I’m glad he’s alive,” she said, between two hours of work at the cash register at a local liquor store.

She is also a substitute teacher at the school. At the start of the school year, she taught the children of Irma Garcia, one of the two teachers who died on Tuesday. She remembers those children well.

“You could tell they were good kids,” Arriola said. She remembers leaving a note for Garcia complimenting one of the more well-behaved students. Arriola later learned that the student had died in the shooting, she said.

She said schools in the district were under-resourced and teachers often spent their own money and time obtaining or even handcrafting school supplies for their students. On Tuesday, two of them were killed while apparently trying to protect their students.

“In a situation like this, I would have done the same thing – try to get my babies together,” said Hernandez, who retired two years ago.

She said her students sometimes had problems at home and she would do her best to make them feel safe.

This week is usually one of the happiest times of the year for students of all ages in the Uvalde School District. Hernandez’s twin grandsons were due to graduate from high school on Friday.

“There won’t be a degree for a while, and that’s okay,” she said. “Because we need that time. We need it. To mourn our loss as a city.

It’s high school week, when local high school students have activity days leading up to graduation. One such activity was an elementary school walk, which took place on Monday. Graduating students in their caps and gowns walked through the halls of Robb Elementary, cheered on by laughing second, third and fourth graders, just a day before the massacre. The high school students took pictures with their little cousins, nephews, nieces and siblings at Robb.

Jaime Cruz, a graduate from Uvalde High School, participated in the march. He said everyone looks forward to seeing their former teachers from Robb, as many have taught elementary school for decades, instructing generations of Uvalde residents.

“There isn’t an event that involves the community that doesn’t also involve the high school,” Cruz said. Students look forward to cheer rallies, football games, seasonal parades and talent shows, events that are attended by residents from across the community. “You know everyone,” he said of his life in Uvalde.

Marilyn Olivarez, 15, is a first-year student at Uvalde High School, who was taken into custody on Tuesday due to the active shooter threat at the elementary school.

Olivarez told a story familiar to students across America. She was in the math hallway. Lockdown has been announced. She huddled in a corner of the class with other students. Most of them thought it was a drill because it was at the end of the year, she said.

They couldn’t move for at least four more hours.

“I just text my mom all the time,” Olivarez said. She also tried to comfort her friends whose younger siblings were at Robb Elementary.

Olivarez and Cruz have called for tougher gun laws.

“It’s just ridiculous,” Olivarez said, speaking outside her high school on Wednesday, where she had taken refuge the day before. “You never hear that in any other country.”

Cruz accepted. “Change has to happen,” he said.