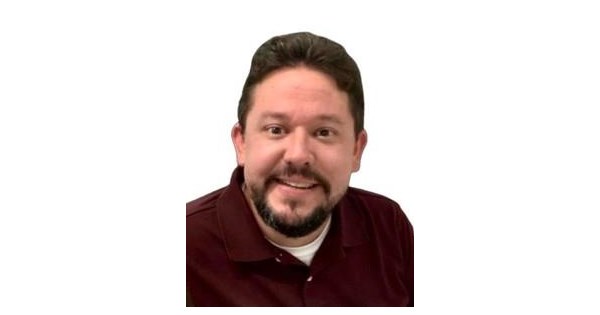 It is with extreme sadness that we announce the passing of 39-year-old David Michael Sharkey from a stroke associated with aortic dissection caused by uncontrolled high blood pressure. Our Dave left this life on December 28, 2021.

Dave is survived by his parents Linda and Larry Lowman of San Antonio and Jim and Pam Sharkey of Fairlawn, his brother Doug Sharkey and his wife Correy, aunts and uncles: Tricia and Tim Howard and Marq and Cindy Hughes, half-sister Amy Kozichek (Brian), his half-brother Josh Brown (Amalia Rose) and his 98-year-old grandmother, Dorothy (Mimi) Hughes of San Antonio. Dave also leaves behind so many cousins, nephews, students and friends that we wouldn’t have enough space to print them all!

Early memories include the Nottingham home with mom, Larry-Dad and Doug. We had a LOT of pets back then including cats, snakes, gerbils, hamsters, turtles, iguanas, guinea pigs, and a frog that had a stroke and never swam. that in one direction! It was a joyous home of fun activities and family receptions; going to the ranch in Floresville was decisive for the Sharkey-boys; they swam in the pool, rode four-wheeled vehicles, and were in the fields kicking cow cakes and going to the “cow cemetery” to collect bones.

Other early memories include driving the I-35 to visit their father, Jim-Dad, in the Volkswagen Vanagon, and heading down the coast to one of our favorite places on earth, Port Aransas. With Jim-Dad, the boys would stay at the Tarpon Inn, where they would watch the ships glide through the canal, and sail the Hobie-Cat through the Gulf in regattas while camping on the beach.

A remarkable and rewarding journey was to travel the Camino de Santiago with his mother, Linda. The duo left far too late one day in the summer of 2014, walking with their 20lb pack up their first steep hill. They quickly discovered that they had overestimated the heat and angle of the countryside hills for the time of day, and almost found themselves stranded, unable to reach the nearby town. It was a tough introduction to what was a 103 mile hike through the northern expanse of Spain. Despite the difficulty, they persevered and finally reached Santiago after eight grueling days. The list of tribulations included oppressive flies that seemed to be attracted to bug spray, non-existent toilets (use your small trowel!), Variable weather, and unfamiliar accommodation each night.

Another training location for Dave was with his Jersey family at Fairlawn, where they would play games, “get confused” and go to “the city” on fun excursions. As the family grows, so does the fun! This now includes three nephews Lucas, Nate and Zach, two of whom were fortunate enough to know and appreciate their uncle Dave. He loved them so much. As Dave lived in Fairlawn with Jim-Dad and Pam for part of his life, he also grew closer to his sister Amy and his cousins ​​Laura, Dana and Brenna.

Dave attended Alamo Heights High School in San Antonio, Texas, where he played soccer and played baritone saxophone in the band. Dave didn’t know any stranger! He was very sympathetic (to put it mildly!) And made lots and lots of friends who he was still friends with at the time of his death, including Henry, Tom, Nick, Jake and Brandi. Dave and Doug were big thieves too… the Sharkey house was that gathering place for many “people of the Heights”; the pool, hot tub and “games room” can be populated with kids having fun, watching movies, playing Golden-Eye or just relaxing.

After graduation, Dave attended the University of Massachusetts-Amherst, where he studied hotel and restaurant management. It was there that he formed a tight-knit group of wonderful people, with whom he was still friends at the time of his death. These include Pleickhardt, Boyce (the choice!), Lulu, Alicia, Brian, Matt, and Mario to name a few. This is also where the legend of “Texas-Dave” and the house of Route 9 was born! It will be said that there were many “meetings” and that people from all over the UMASS district knew the house and its cheerful inhabitants. Due to an oversized cowboy hat Dave wore on campus, people in town would ask him if he was “Texas Dave”. Dave did well and graduated in 2004. You will never know how Dave graduated in just four years!

After graduating from UMASS, Dave began his first career, working in hotels in a myriad of locations for many years. He worked for Hyatt in San Antonio and later in New York City, where he was promoted to night manager of the Grand Hyatt in Manhattan. It was here that Dave learned the intricacies of customer service, providing “legendary” service to characters like Jon Voight and Snooki (it’s a long story). Dave also worked on a cruise liner serving the Hawaiian Islands. Dave was very good at his job. The problem was, he found the hospitality to be hospitable to those outside the office, but not inside. After a brief stint with Zachary and the State Department on the U.S. Embassy compound in Beijing (yes, he was a frequent traveler!), He made the craziest and bravest decision of his life. he decided to teach!

After simultaneously working in a call center while going to online school, Dave started working as an elementary school teacher in the small town of Dilley, Texas. He worked as a teacher for six years, culminating in his teaching assignment in 4th grade. Mr. Sharkey’s class was a fun class! He mixed interesting and challenging schoolwork by creating hands-on lessons while incorporating real-life examples from videos and websites. Dave knew his students well, as evidenced by the many notebooks and journals in his house, and he always made lists, took notes about his children, and planned interesting lessons. The kids loved being in his class! Everyone in the building loved Mr. Sharkey, and his presence in the hallways and classrooms was always there. Despite being hard work, he liked it. He once remarked “The worst day in teaching was better than the best day in hotels.” It was about helping his students and appreciating his colleagues. He left a lasting imprint on the faculty and students of Dilley Elementary School.

Davey really cared about others and our world and often worried about the well-being of his students. He also worried about issues through a broader lens, including the environment and social issues close to his heart, such as equality and social justice. If you’ve already inspired Dave to bring up these topics, get ready! He could go on and on, speaking in a thunderous voice, his baritone overpowering the others in the room, his hands moving animatedly.

Dave was loved by everyone he met… he was used to words and was the accomplished storyteller; he could order a room and have everyone in stitches or on the edge of their seats. We were anticipating his arrival for a family reunion as that meant the fun was about to begin! He was so much fun to be around! A beloved son, brother and friend to all.

Some of Dave’s favorites: Jimmy Buffett; Port-A with Jim-Papa; floating on the river with Jake and Oliver; coffee with mom and Larry-Papa; confusing; ass catcher; sis-pants; Bramy; the couple; mi-mo; pougers; chaplain; moms.

Finally, it wouldn’t be fair to write a speech about David without mentioning one last important love of his life… the movies. To call Dave a movie buff would be like calling Mount Everest a hill. He enjoyed watching movies, discussing movies, criticizing movies, and even trying to write movies. Dave and Nick have spent years writing, debating movie trends, and discussing issues (were the prequels “good movies?”). When they were younger, one of Doug and Dave’s favorite things to do was renting Hollywood movies and watching them until the wee hours of the morning. He had his favorites… The Fifth Element, everything Quentin Tarantino, everything Wes Anderson (Aquatic Life!), Cloud Atlas, the Matrix, and everything Aaron Sorkin. Dave had a love affair with the big screen. He often took his Mimi to the “show”, and included mum, sometimes Larry-dad, and Correy, Doug or Brandi when they were in town. It would be a challenge to find a movie that Dave had NOT seen, or a trailer that he had not yet seen and reviewed. Dave even went back to school and took film lessons; Mom thinks he should have chased this world. He had an epic relationship with cinema.

Dave, we will miss you so much! To know Dave was to know that you were loved, he always told his friends and family that he loved them. He could chat with you and wasn’t afraid to tell you what he thought or if he didn’t agree with you. But he was honest, he was loyal, he was funny, he was empathetic, he was kind.

Dave was a bit into metaphysics and often asked the big questions. So this is it :

Where have you been, Dave? What happens when you die?

In the words of Keanu Reeves: “I know that those who love us will be missed.”

We miss you Davey.

Dave would like you to dress casually, so please do that!

If you can’t attend you can live stream on Theu.online.church

To honor Dave, a fund is created in his memory at Dilley ISD. If you wish to contribute, make your check payable to: 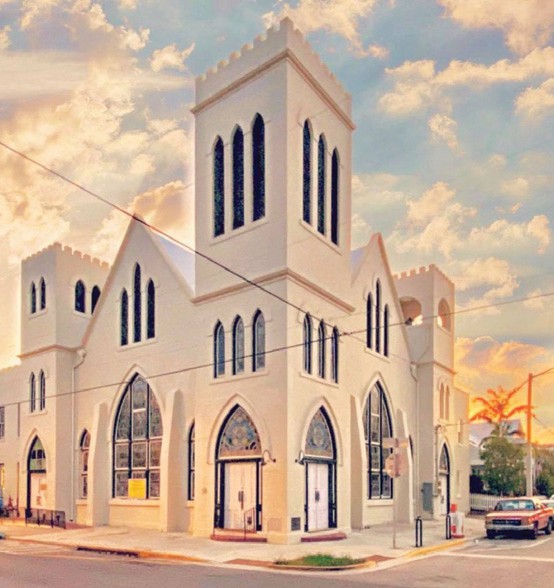 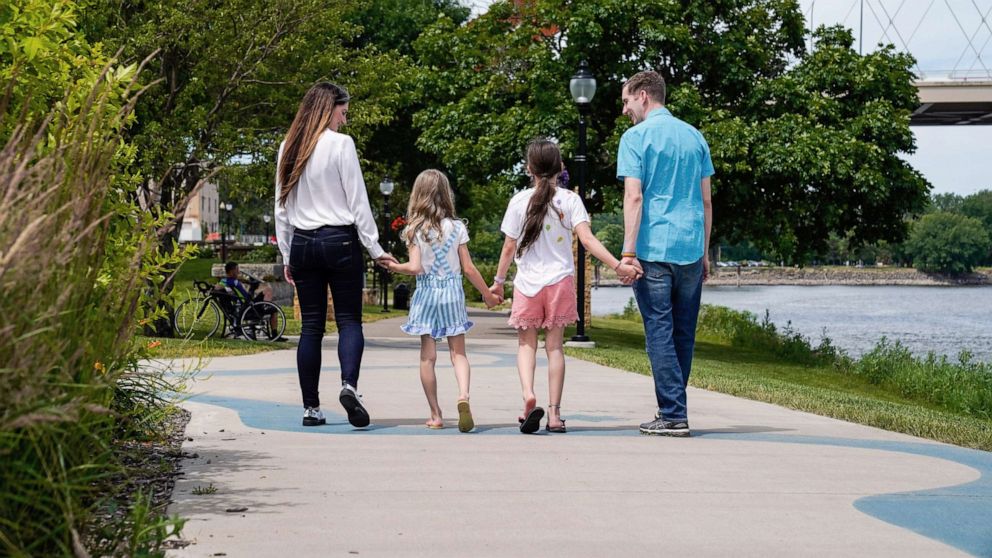