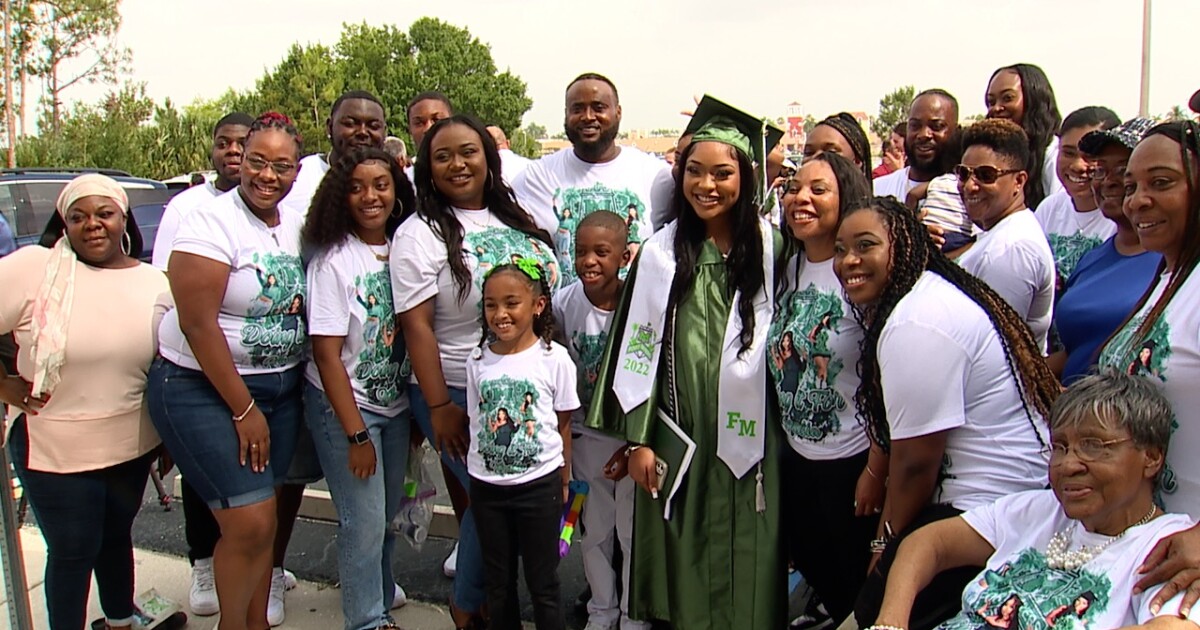 Khalia Carter was hit by a suspected drunk driver on April 18. It caused her traumatic brain damage and forced her to relearn everyday activities, such as walking.

“We are so happy to have Khalia here with us today,” said Timesha Carter, Khalia’s sister.

“Khalia, even on the weekend, Khalia got up. She did all her exercises and she deserves it. She deserves it all,” Shawnda said. “We can’t believe this day has finally arrived.”

Khalia was surrounded by family and friends, anxiously awaiting the moment Khalia would walk across the stage.

“I was just excited. Not really nervous,” Khalia said. “I just wanted to do it by myself and that’s it.”

And she did. The former high school cheerleader walked up the ramp with her peers, walked across the stage and received her diploma.

“We pushed through the journey and I achieved a goal that I wanted to achieve today,” Khalia said.

The feeling could only be described by her mother in one word: overwhelming.

Khalia says she is making progress every day. Despite the circumstances, they look to the future. Khalia is preparing to go to Georgia Southern University.

She says she is thrilled with her going away party and her sisters are decorating her dorm.

They keep this message in mind and hope that others will do the same.