Health: At 15, she knew heart disease was in her genes. At 37, it caught up with this mom 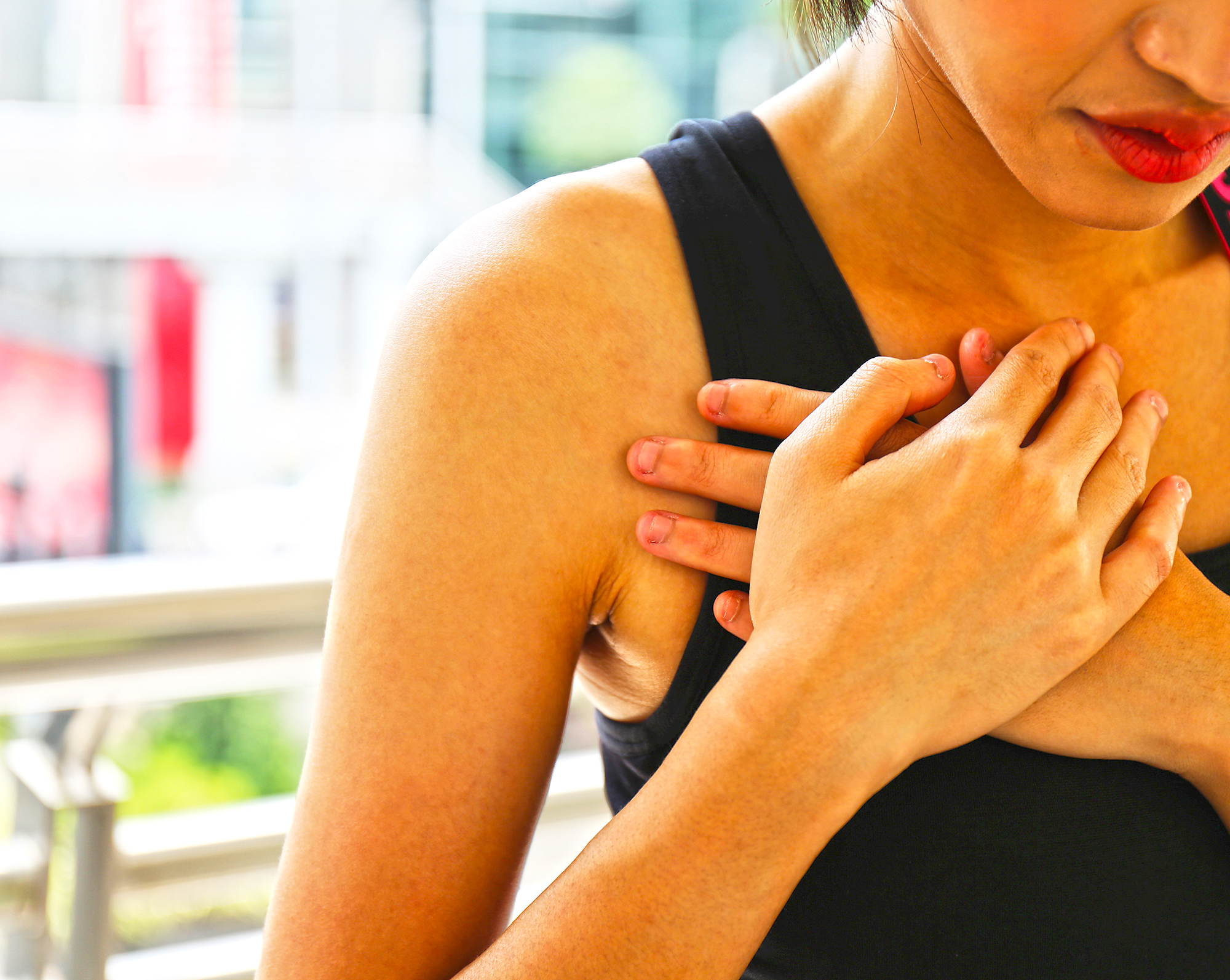 Health: At 15, she knew heart disease was in her genes. At 37, it caught up with this mom

When a medical technician demonstrating to a high school class how to check blood pressure asked for a volunteer, 15-year-old Katie Moegenberg got the all-clear.

The man took the reading, then said, “Whoa, your blood pressure is pretty high. We’ll have to tell your parents.”

A doctor’s visit confirmed that she had high blood pressure, also known as hypertension. A cardiologist said it was probably genetic.

Katie was given medication and told to see a primary care doctor and a cardiologist every year. That’s all the advice she remembers getting.

In her late teens, Katie began experiencing what she thought were violent anxiety attacks. She often felt physically tense, with burning shoulders and neck and a sense of impending doom.

In her twenties and early thirties, she frequently had what sounded like panic attacks. This resulted in dozens of emergency room visits. Each time, the diagnosis was always the same: anxiety.

As a young woman who seemed healthy, Katie felt doctors were not taking her symptoms seriously. Along the way, she became a licensed practical nurse and worked in a hospital.

“I knew something was wrong with me,” she said. “I felt like they were thinking, ‘Here we go again.'”

In December 2019, Katie, then 37, was feeling particularly tired and unwell.

She had stopped working several years earlier to start a family. She had two children and helped raise two more by her second husband, Matthew Moegenberg.

That winter, she had gone on a diet to lose a few pounds, but the scales did not budge. She also had what she thought was indigestion, although the antacids weren’t helping.

If she felt particularly stressed, her chest hurt. The pain lessened when she relaxed. For several months, she had bouts of chest pain and increasing nausea, but they always went away.

“You just had a stress test the year before, and everything went well,” her GP told her. “I think you’re just suffering from anxiety and indigestion.”

Katie wasn’t convinced, but she also wanted to believe it was nothing worse.

One day in March 2020, she woke up feeling more pressure on her heart than ever before. It was as if the muscle had cramps. She felt nauseous again and went to her cardiologist’s office.

After 2 minutes of administering a treadmill stress test, the doctor stopped him.

“Your main artery is blocked and you need to go to the hospital now,” he told her. He said she didn’t have a heart attack, but one was probably on the way.

At the hospital, the cardiologist told Katie that one of the arteries in her heart was 99% blocked and the blockage was too tight to insert a stent. She had to have emergency open-heart surgery.

Matthew arrived to find Katie wracked with fear. Through tears, she asked him to take care of the children.

“It’ll be fine,” he told her. Although now two years later he admits “in the back of my mind I didn’t believe it”.

Katie underwent bypass surgery to restore blood flow to her heart. When she woke up the next day, the restrictions related to the COVID-19 pandemic had just been put in place, which meant that she could not receive visitors.

After a week in the hospital, Katie returned home to recuperate.

“It was the hardest thing I’ve ever been through,” she said. “Not only was it painful, but I had a lot of guilt for doing this to myself and anger towards the doctors. But over time and my body started to go back to normal – my new normal – my feelings have turned more to gratitude.”

Katie said it took about six months to feel like herself again. Due to the pandemic, she was unable to do physical therapy in person. So she slowly increased her physical activities on her own.

She also drastically changed her way of life. She quit smoking and cleaned up her diet, cutting out red meat, snacks and sodas. However, partly due to the heart medications she was taking, she gained 80 pounds in a year, which put a strain on her heart. Last March, she underwent gastric bypass surgery.

She has now lost most of the weight she had gained and her blood pressure is under control. She eats a strict diet of lean protein and vegetables. For exercise, she walks, swims and lifts weights.

“I don’t have any more panic attacks or feelings of tension in my body,” she said. “It’s incredible.”

It’s probably no coincidence that fixing his heart solved his anxiety. Doctors said the feelings of panic were likely caused by his body working in overdrive to compensate for his heart condition.

Matthew jokes that now he’s the one with anxiety.

“I don’t want her to go out without me,” he said. “I always say, ‘Where are you going, what are you doing? Don’t lift this, don’t lift that.

One thing it taught me is that nothing in life is guaranteed.”

Katie hopes women in particular will remember to take care of themselves while taking care of others.

“Heart disease is the number one killer of women, and you don’t have to be old to have it,” she said. “I’m definitely an example of that. Now I’m grateful every day to be here.”