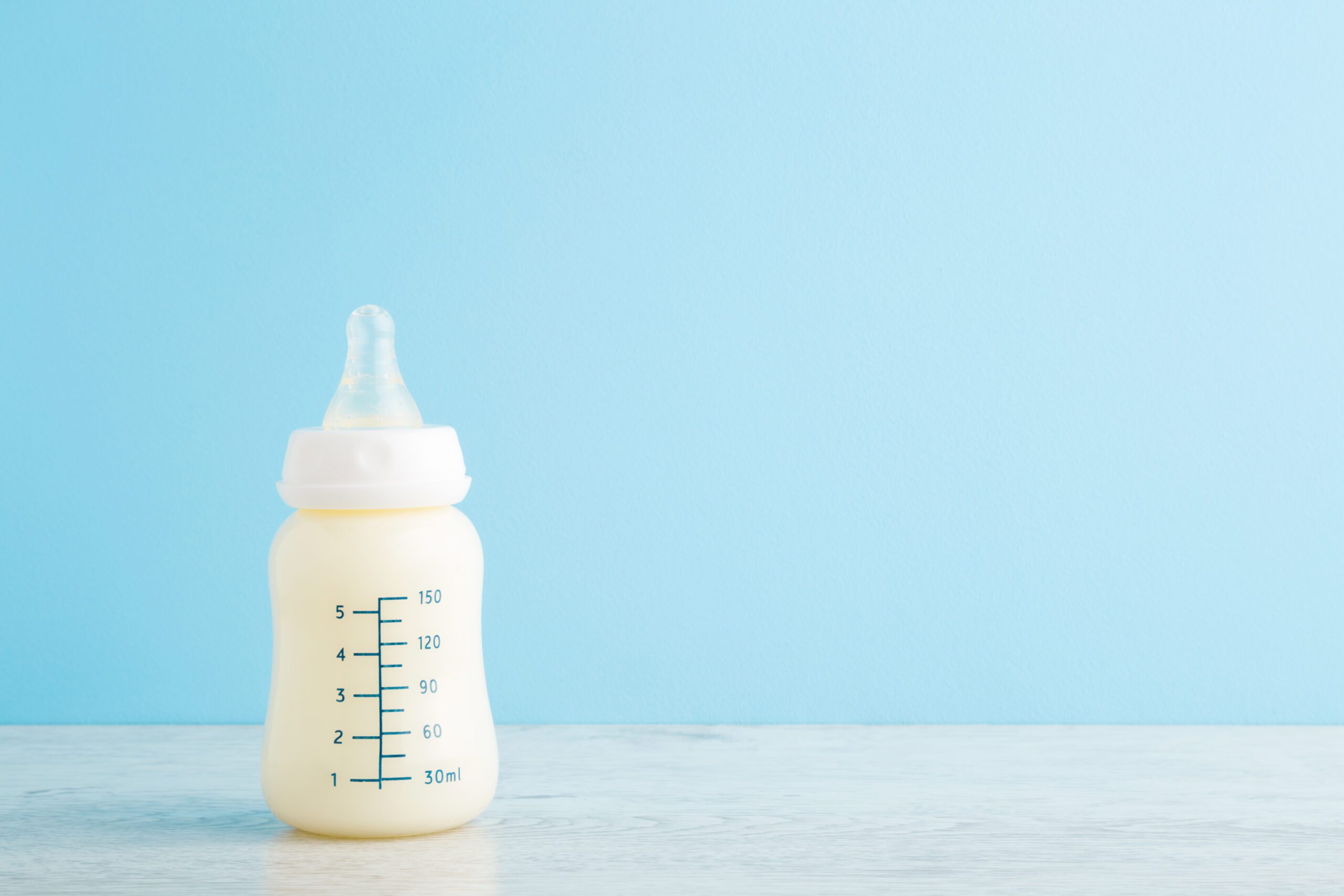 Months after state and federal authorities acknowledged major infant formula shortages and promised to work with manufacturers to address the shortage, the cost and supply of formula remains an issue for Connecticut mothers.

Ashley Manning, a 29-year-old mother living in East Hampton, said when her 6-month-old son was born in February, the hospital put him on Similac Gentlease formula while he was in neonatal intensive care.

On February 17, Abbott Nutrition, the producer of Similac, issued a recall notice for several of its powder formulas. That same month, it stopped production at a plant in Sturgis, MI.

The hospital gave Manning a supply of Similac for her son, but when it ran out she had to switch to another brand, Enfamil, because of the recall. She couldn’t find the Enfamil she needed in the area.

Cost was another obstacle.

Manning receives help from the Special Supplemental Nutrition Program for Women, Infants and Children, or WIC, which provides about $43 per box of formula. But Manning said she was only able to use the WIC once to make the payments.

“We’re going [to the grocery store] a few times a week and it’s never there. We also check Walgreens,” she said. “It’s, like, crazy. I got it shipped from out of state by people on Facebook.

Manning said it could cost her $20 more than it would cost to buy formula in the state because shipping is so expensive — and she pays the full cost out of pocket.

“It’s frustrating because getting WIC was a big help — to help with a cost of formula because a box of this formula costs about $40,” she said.

Manning said she’s even tried to sign up to receive sample formulas from companies, but hasn’t received any yet.

Amy Casavina Hall, senior vice president of strategic partnerships, development and communications at United Way, said the state’s 211 call network received more than 400 calls in the first three months of 2022 from the share of people needing help with formula – whether locating it or asking for help paying for it.

The Connecticut WIC program has added additional formula types that it will accept instead of the recalled Similac formula. The state Department of Public Health also advises families to contact local WIC offices if they need assistance.

In May, Commissioner Manisha Juthani said in a press release that the ministry was working with local agencies and with manufacturers to order emergency preparations. She also encouraged mothers to breastfeed if possible.

The Department of Public Health did not immediately respond to a request for comment.

In Southington, a mum who spoke to CT Examiner and asked not to be named said she couldn’t find the Similac 360 she needed for her two-week-old baby. She said the stores she goes to always limit the amount of formula people can buy each time.

“If you’re using a ready-to-feed (the only version of this formula I can find right now) or just find a small box that you scan through quickly, you need to keep making frequent trips to the store,” she explained.

She said she’s been involved in “formula swaps” – connecting with people online who are willing to swap one brand of formula for another. Although she doesn’t have a WIC, she also doesn’t want to buy online, she said, because it’s more expensive.

“I am able to find coupons and I use coupons. So I have to go to the store to use them,” she said.

Jennifer Zarrilli, nutrition manager for Connecticut Children’s Hospital’s clinical nutrition division, said she’s seen a particular shortage of amino acid formulas – the formulas they give to infants with allergies or to digest normal formulas. She said these babies often have negative reactions to switching from one formula to another, including diarrhea and vomiting.

Zarrilli said the hospital is trying to help families find formula, by contacting pharmacies and home care companies – although many, she said, are not taking new patients.

“It’s been a challenge for our staff to help, especially in the gastrointestinal clinic,” she said. “[It’s] took a lot of their time. »

Zarrilli said families can also go to the company’s website, search the store locator, and request a store reservation form.

Jan Ferraro, director of education for the mom and baby division of the Acceleron Health and Wellness Company, which sells pumps and breastfeeding supplies as well as milk donations at its Guilford location, said she had seen more women choose to breastfeed due to lack of formula.

“When I see how many breast pumps have been ordered since this started – every month it increases,” she said.

But not all mothers can count on breastfeeding.

Manning, who works full time, said she switched to formula before her son was born. She said breastfeeding was not something she wanted to do.

“Honestly, we felt safer that way, because you could — before all of this happened — just buy the formula,” she said.

Ferraro said some workplace policies also make it difficult for women to breastfeed — like not providing adequate space for women to pump milk, or not positioning their breaks at a time that would fit into their body’s schedule to breastfeed. milk production.

“The laws in Connecticut are pretty straightforward to provide moms with places to pump, but you even see…in some hospitals they have a pump room, but that’s clear on the other side of the hospital,” she said. “We’ve seen teachers pumping their classrooms and locking doors so they can pump their classrooms.”

A positive aspect of the shortage, Southington’s mother pointed out, is the camaraderie it has fostered between mothers. Although formula prices online remain higher than in stores, she said, most people will give negative reviews when they see price gouging, as a warning to other mothers. She said she sees people’s willingness to share as a “silver lining” to the situation.

“I really feel like it’s been really good to see how moms have come together to try and find ways to make it better, with the formula swaps and being on these websites and swapping with each other. others or sometimes offer extra of what they have, if someone is really in need,” she said. “It’s kind of a great example of people coming together.”

Still, it’s still a struggle, and it’s not infallible. On Wednesday, she went to Target to swap formula milk.

“She never showed up,” the mom said. “All of this is extremely discouraging.”

She then went to the store to buy formula.

“They had nothing,” she said.