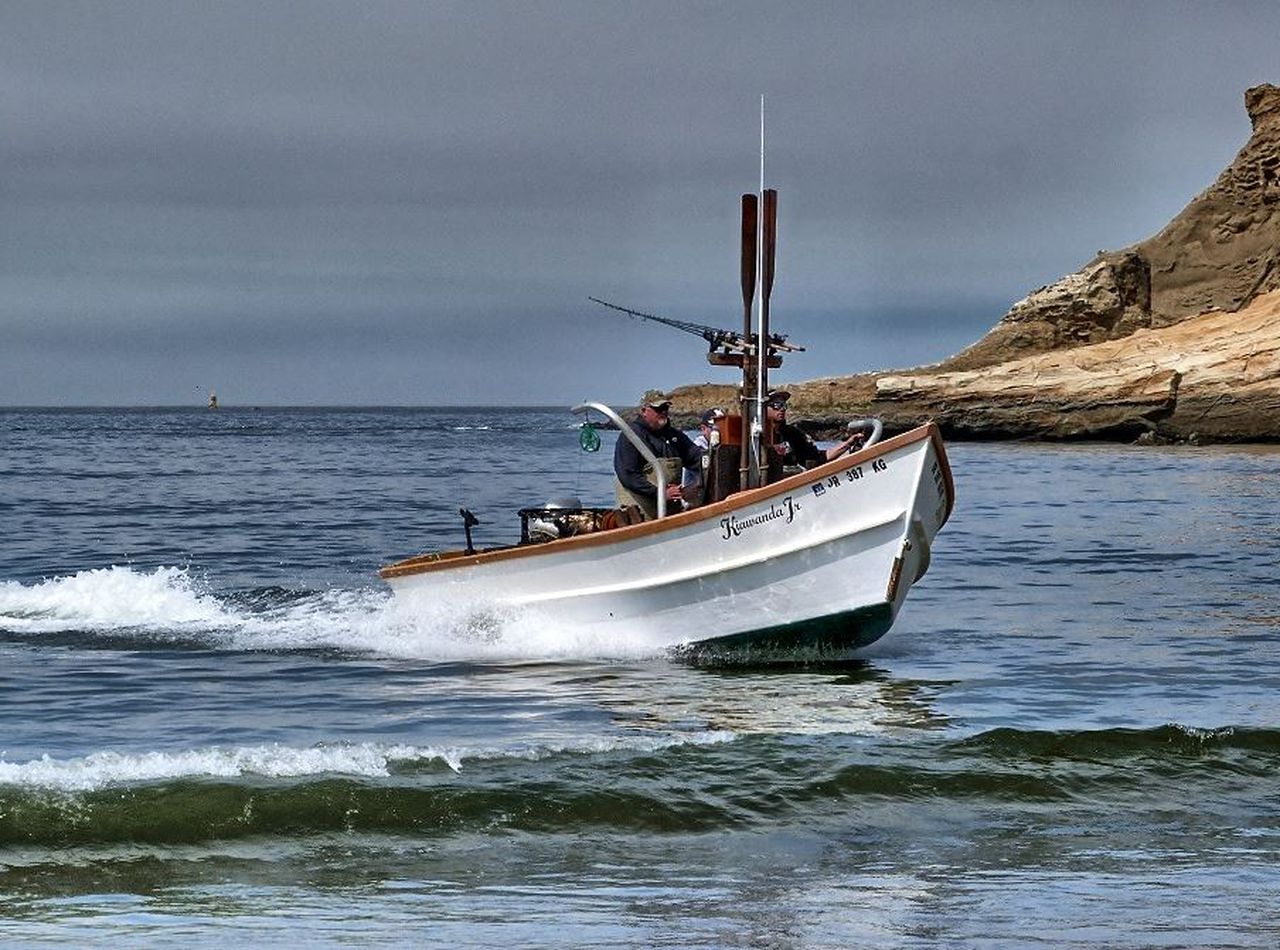 In 2003, when Shawn Farstad found the dory sold by his father in 1988, the boat was rotten and the owner was asking for “a fortune”.

But it had been built by Farstad’s grandfather, skippered by his father and named for his sister, Susann, and mother, Janet. So Farstad and his wife, Crystal, paid the price. Then Farstad took the Su-Jan home, stripped it to the bone, and rebuilt it.

In this coastal home of the Pacific City dory fleet, the bond between fisherman and boat runs deep.

“You put so much love and care into it,” Farstad said. “Oiling, sanding, painting and simply caring for the wood – you live with the boat all summer.”

Today, Farstad builds dories and helps maintain the fleet. The demand for his work increases as the dories get older and need more care. “We’re removing the rot and installing new wood,” Farstad said. “A lot of people, their boat belonged to their father, and they have a connection with them and cling to them forever. It’s not very often that people buy and sell boats.

Flat-bottomed dories have been a part of the Pacific City fishing scene since the early 1900s, hailing from the Nestucca Bay gillnet fleet, according to the Pacific City Dorymen’s Association. Today, around 300 boaters launch their dories into the waves off Cape Kiwanda to participate in a fishery unlike any other in the world.

“It’s a really unique place, a unique fishery,” Farstad said. “On the one hand, the experience of stepping out of the beach is just amazing. It’s not like stepping out of a port. In Pacific City, you can catch halibut, Dungeness crab, bass, lingcod and salmon within a mile of your pick up.

Farstad, 46, started dating in his dad’s dory when he was just 2 years old. At the time, recreational dory fishermen were few and Pacific City’s winter population numbered just 50, he said. But in the summer, that number increased tenfold, with each field a sort of tent city as fishermen — many of whom were teachers during summer vacation — came from all over Oregon to land their share of the commercial catch.

As a commercial dory fisherman, Farstad is in the minority. Sport fishermen now outnumber commercial fishermen, with the fleet growing along with the population of Pacific City. They are drawn to the nostalgia for tradition, the quick access to an abundance of seafood, and the thrill of the ride.

For Cedar Johnston, a former commercial crabber in Alaska and Oregon, it was all that and more.

Johnston had heard of the dories, but he had never been there. Then, 28 years ago, he met his future wife, Shelli, who grew up fishing dories with her father, Toledo schoolteacher Lee Parks. It fell hard, both for Shelli and, after a few lessons with her father, Doris.

“I was hooked from the start,” he said. “I couldn’t believe the excitement, the adrenaline.”

The launching of a dory is not a simple act, but calls for an impeccably timed choreography between sailor, boat, vehicle and tide. It’s not rocket science, says Johnston, but it’s a matter of timing and experience.

“First of all you have to know your tide, know your drift,” Johnston said. “Will it suck your boat, push you south, push you north? If there is a strong tear, you better think about getting help.

Hesitate or move too slowly and you could find your truck and trailer stuck in the wet sand as your dory drives away.

Then you have to clear the waves, being careful not to go with the swell faster than it is coming towards you. Hit the wave too fast, and you’ll fly over the top and come back down hard.

“You just want to be able to float on it, engage on top of the break and keep going forward after that,” Johnston said.

Then it’s time to fish.

Traditional dories like the Kiawanda Jr. and Farstad’s Su-Jan are a standard design, which hasn’t changed much in recent decades.

But change is coming, driven by a wave of anglers who see the future not in wood, but in “space-age” materials.

Leading this wave is Tony Butkovich, who learned dory cultivation from his mother, Geraldine “Gerry” Butkovich. Now 90, Gerry fished with her father in the 1930s and 1940s, when dories were double-ended boats pushed out to sea on foot, bow first.

“They didn’t have a rear engine,” she recalls. “You put the engine in the well, then row through the waves, then start the engine.”

Fishing, she said, was an all-day outing on weekends from July 4 to Labor Day.

Ten years ago, contemplating retirement from his job as an ironworker, Tony Butkovich decided it was time for a new dory. He didn’t want a wooden hull, too much work. So when he meets a toolmaker for a former boat builder, he hires him to build a mold for a new type of dory.

In 2014, Butkovich and his wife, Janet, launched Breaker Dory, a Pacific City-based boat building company, with its slogans “Where past meets present” and “Evolution without rot.”

Breaker Dory boats are built one at a time from lightweight, durable resins and fiberglass with a Kevlar reinforced bottom. Known for their bright colors, dories have been nicknamed the “skittle fleet” for similarly colored candy. Butkovich made some changes to the standard dory shape – “lengthened it, opened the beam, and kicked the corners about 6 inches on each side.”

The company builds about three dories a year. While Butkovich’s boats are popular with anglers who like ease of maintenance and neat looks, they’ve earned him a few ribs among mainstream anglers.

But at the end of the day, whatever the boat, the dories and dories here know they can and should rely on each other.

“Pacific City is probably one of the only ports on the coast that doesn’t have a coast guard,” Farstad said. “We sort of maintain our own little fleet. If someone breaks down there, they don’t call the Coast Guard. They call someone at home, and we will make several calls until we find someone who can get their boat out and tow them. Everyone sticks together.

–Lori Tobias, for The Oregonian/OregonLive