This tasty and affordable Huntsville breakfast does old school right 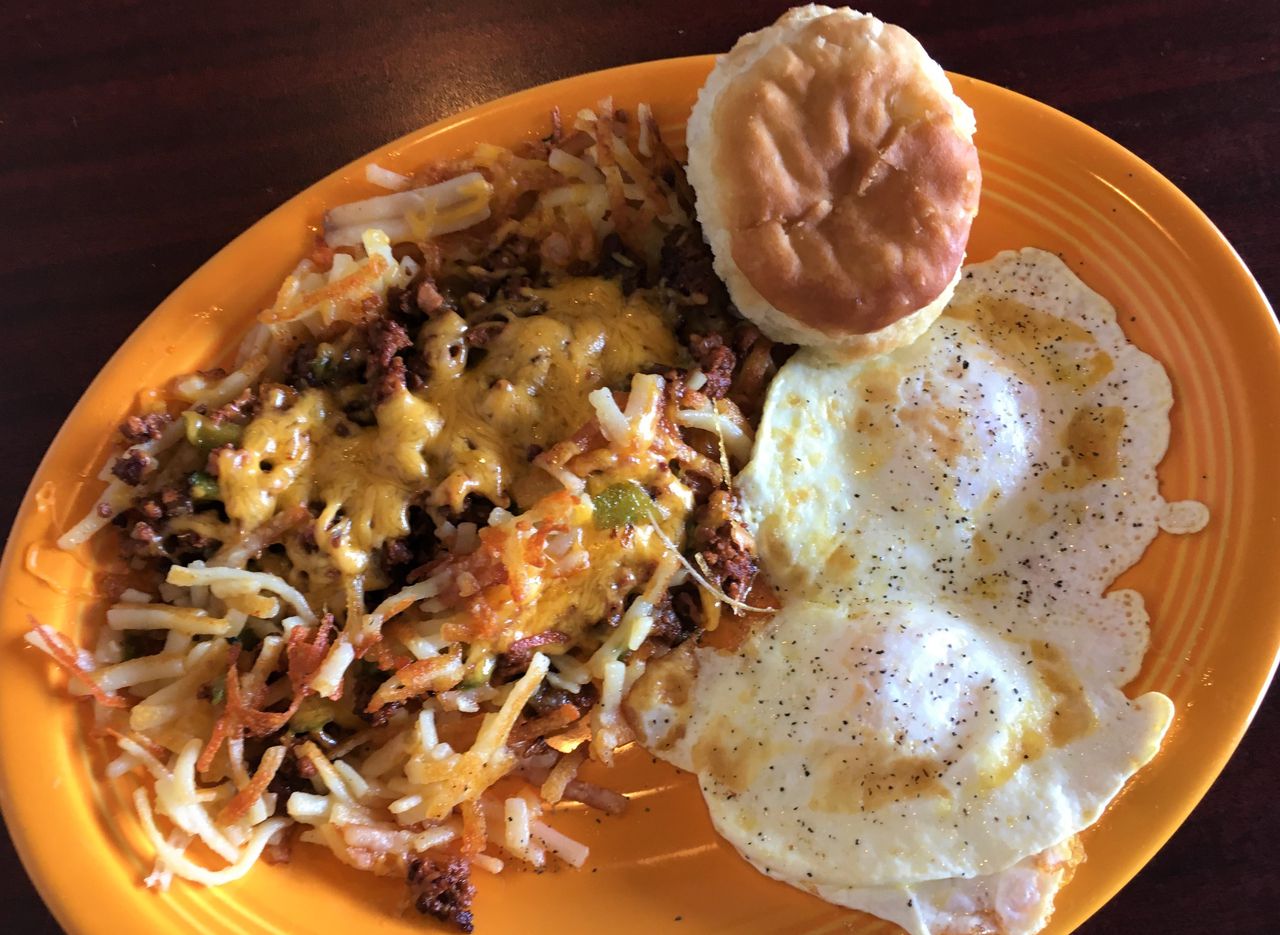 This tasty and affordable Huntsville breakfast does old school right

There are reissued versions of classic albums, musical instruments, movies, clothing and toys. Sometimes even old cars are reissued. Part of it is nostalgia, of course. But also because the originals were right.

Southern Egg Café brings a no-frills breakfast classic to life. A gloriously small-town, mom-and-pop style breakfast packed with carbs, pork, eggs, cheese, and syrup. There are no mustachioed hipsters arranging things here. Not a QR code in sight. It’s popular food. And the breakfast I had at Southern Egg was satisfying enough for a lumberjack and fiscally responsible enough for an accountant.

A Huntsville Area Pop-Up Restaurant You Must Try

Southern Egg sits at the end of a small cluster of real estate-focused retail businesses across from the former Grissom High School and present Sandra Moon Community Center and South Huntsville Library. The address of the cafe is 7900 Bailey Cove Road SE

Southern Egg opened about a year ago, and even debuting during a pandemic, they’ve attracted regulars. On a recent Tuesday around 8:45 a.m., eight of the 11 tables in the garage-sized dining room were occupied. And not just retirees either. Families with young children. Friends meet for breakfast, coffee and conversation. A diverse mix of guests. Looking out the tinted windows in the dining room, there is a great view of Green Mountain. The former Grissom High School, rebooted as the Sandra Moon Community Complex, is in the foreground.

I’m sitting at one of the booths that line Southern Egg’s dining room. The space is decorated like a sweet aunt’s kitchen. Framed folk slogans like “Bless This Nest”. A Beanie-Baby-sized stuffed bulldog sits atop the divider between my stall and the next. The local morning radio plays on the restaurant’s audio system. A mixture of y’all-yuck chatter and publicity fizz.

There’s only one server working in the dining room today. He looks stressed but does the job. He tells me that Southern Egg is a family business with about three or four employees in total. Southern Egg’s breakfast menu — they also do lunch — includes platters, pancakes, French toast, a la carte sandwiches, and more. Prices range from $2.19 for an egg and cheese biscuit, to $7 short stack, to $7.75 a “Southern Egg breakfast” with two eggs, bacon, sausage or bologna and biscuit or toast.

The menu description for a Southern-style chorizo ​​entrée ($9.99) sounded great, so that’s what I did. Scattered hash browns cooked with chorizo, peppers, onions and cheddar cheese topped with two eggs your way and served with a biscuit. My food arrives around the time I finish my first cup of hot, 70s-worthy coffee ($2.19).

The breakfast itself is exactly what you would expect from a place like this. Melting and stringy bites. The chorizo ​​was in season but not spicy. The hash browns could have, in Mafia parlance, “falled out of the back of a truck” bound for Waffle House. They are totally shredded, Waffle House style.

Earlier, I asked the waiter how he would order the eggs for Southern-style chorizo, and he recommended I be too average. Once the meal arrives, eggs mixed with potatoes, chorizo ​​and cheese form a tantalizing alchemy. Next time I’ll probably be scrambled, my default egg order. The cookie on the side was soft and reasonably sized, not a cat-faced Bubba-buster. They will bring you packets of jam, but you have to ask for it.

At lunch, Southern Egg Café’s daily plates are $10.50 for a meet and three side dishes, $9.50 for one meat and two sides, and $9 for a four vegetable plate. Meat choices include pot roast, chicken fried steak, catfish, grilled chicken, and pork chops. The vegetables ? Mashed potatoes, turnip greens, fried okra, green beans, coleslaw and other usual suspects. They also do burgers, a BLT, and ham, turkey, fried chicken, and catfish sandwiches (about $7-$10 with fries, onion rings, or veggies).

At some point during my meal, another customer walked to the door, turned around and said to the waiter, “See you tomorrow.” This is a better summary of my experience at Southern Egg Cafe than any Yelp review. The place is open from 7 a.m. to 2 p.m. from Tuesday to Sunday. More information at https://www.facebook.com/SouthernEggCafe.

With development in Huntsville in full swing, new-to-market dining options are lining up to come here. And cooler local businesses keep popping up in hotspots like Downtown and West Huntsville. Many are compelling additions to Huntsville’s dining scene. However, it is important to continue to look for corner holes in the wall as well. Shiny and new is alluring. But the classics endure.