Tom Segura and Della Mae are coming to town 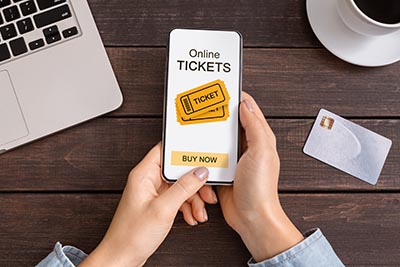 Tom Segura and Della Mae are coming to town

Tom Segura and Della Mae will both be coming to Charlottesville in November, and you’ll want to attend every show to enjoy an assortment of entertainment. Tom Segura will provide the comedic relief everyone needs during these times while Della Mae will deliver a musical delight that will blow you away.

Tom Segura will be performing at the Paramount Theater in Charlottesville on November 14, 2021 at 7 p.m. ET. He’s a straightforward actor who says what needs to be said and doesn’t hold back. Hear his honest stories that turned into hilarious tales.

You may have already met Tom in his Netflix promotions which include Completely Normal, Mostly Stories, Unsightly, and Ball Hog. He has also produced a few podcasts, including 2 Bears 1 Cave and Your Mom’s House. He has also appeared as a guest on other podcasts and on the Colbert and Conan TV shows.

Della Mae will perform at the Southern Café & Music Hall in Charlottesville at 8:00 PM on November 14, 2021. The concert will feature new music from Headlight, which is the fourth album they have released. Della Mae presents new songs to celebrate surviving those difficult times and this is the first time they have performed together in a year and a half.

The album is a collaborative work that features many guest musicians contributing with instruments such as electric guitar, drums and keyboards. Headlight delivers dynamic sound and was recorded in Nashville at Sound Emporium Studios. The songs each tell a different story with kinetic energy that reveals personal details about situations they have experienced. The first song, Headlight, for example, delivers a powerful message that covers perseverance even in the face of adversity.

As you listen to the band sing along, you can feel the deep sense of purpose they have had since they first got together. The Boston group was first formed in 2009 in hopes of breaking into the previously male-dominated bluegrass scene.

The group wants to change the conversation in terms of the treatment of women and convey this message through songs and stories. Della Mae has partnered with the US State Department over the years and has traveled to over 30 countries to help improve opportunities for women around the world. The backbone of this all-female group is advocating for women’s rights and they do this by touring with their music and working in the public service. They believe that the combination of the two is the best way to make a difference.

Enjoy a beautiful evening of music with Della Mae and step out of your comfort zone with the heartbreaking comedy of Tom Segura. Tickets for both events are on sale now. You can find out more about pricing and availability at Cheap ticketing.